Serving all of colorado and Utah since 1992

What If My heat Lines Begin To Fail?

Polybutylene was used extensively as a hydronic heat delivery piping despite the fact that it does not have an oxygen barrier. Oxygen in a hydronic heating system will perpetuate corrosion on the metallic components as well as the plastics to some degree. Increased iron oxide (rust) build up causes a myriad of issues in the system and dramatically reduces the life of the system.

The creators of polybutylene knew this, which is why Polybutylene was never meant to be used as, nor marketed for hydronic heating use. In fact, the District Court agreed, and Polybutylene hydronic heat piping systems were NOT covered under the Cox V Shell class action that ran its course in 2009.

A typical Polybutylene hydronic heating system is found in homes, hotels, multi-family housing, and condos built between 1978 and 1996. Polybutylene was an inexpensive alternative to copper or proper heat piping. It was much easier to install and one-third the cost of copper piping or HePEX. Builders and plumbers welcomed the pipe as efforts to maintain profits in a slumping economy increased in the late 70’s and early 80’s. Approximately 600,000 installations of  hydronic heat Polybutylene pipe occurred across the northern half of the United States.

Below are original pictures from the COX v Shell classaction lawsuit

Kitec was and still is used in hydronic heating systems under different branding. The hydronic PEX-al-PEX tubing may look shiny and orange yet be stamped with a different name.

KITEC was used in the early 2000’s for both potable piping and hydronic heat piping installed as baseboard register heating, in floor radiant heating and staple up in floor radiant heating. The trade term for Kitec is PEX-al-PEX, which indicates a 3 layer pipe, the outer and inner layers are made of thin PEX, with a layer of aluminum sandwiched in between. Kitec is still in production today under different names / labels and is still used in some hydronic heating and potable applications. potable Kitec is typically red, blue, or orange. Hydronic Kitec is typically orange only.

The brass compression and or crimp fittings that connect Kitec piping contain high amounts of zinc, which to simplify the explanation – is basically water soluble causing them to break down when exposed to water and oxygen. This is called dezincification, by which zinc oxide forms within the fitting and causes a ‘Bird boning’ effect rendering the brass weak and brittle. Zinc oxide can also cause blockages in the fitting and attached copper components. 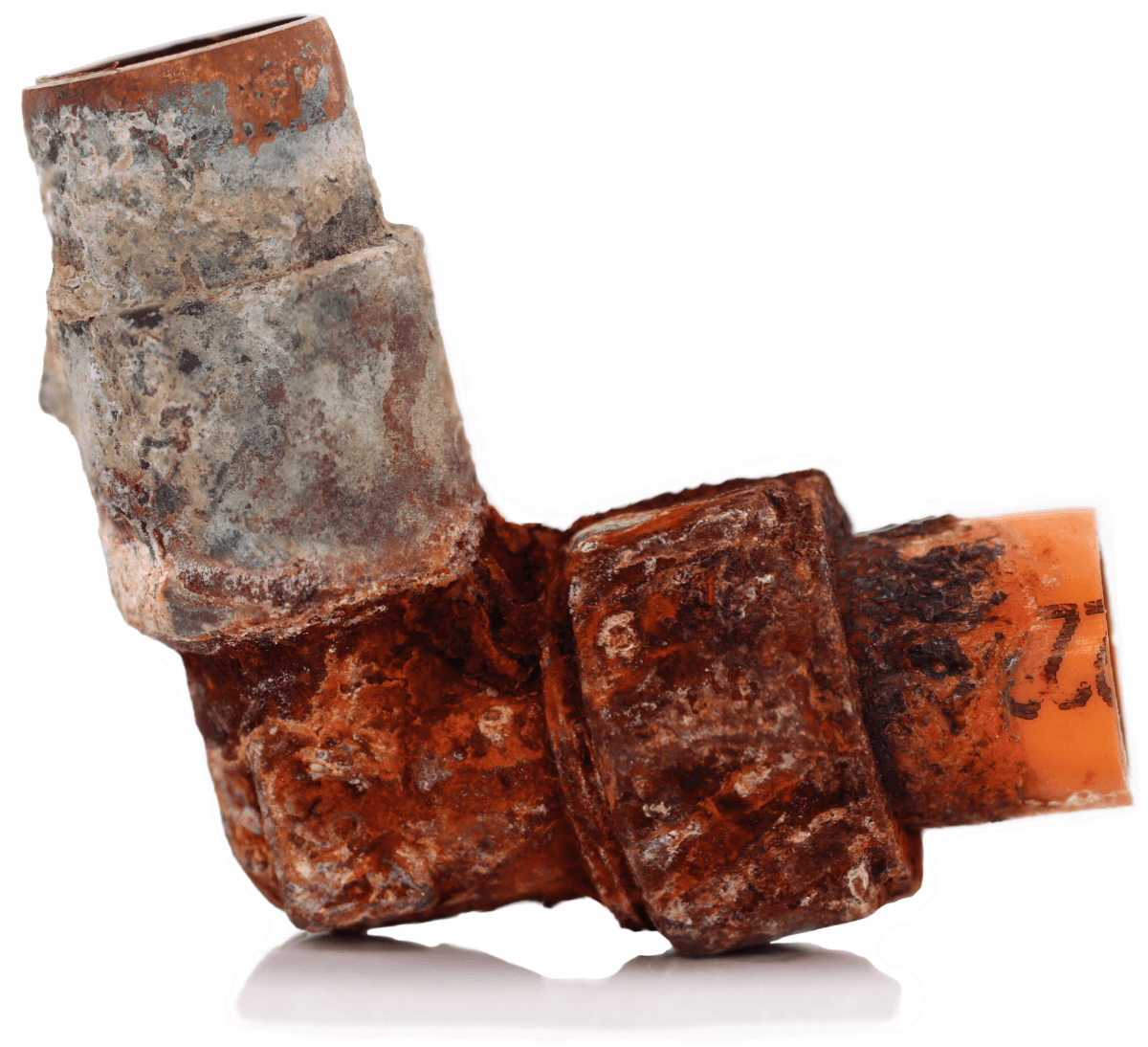 Additionally, dezincification is accelerated when the first layer of kitec PEX is penetrated by the brass compression fitting or compression ring and galvanic corrosion initiates upon contact with the aluminum. We see this often, essentially two dissimilar metals come in contact and engage in a corrosive electrolyte, water being the electrolyte conductor. One metal (the cathode) is protected, whilst the other (the anode) is corroded. The rate of attack on the anode metal is greatly accelerated compared to the rate when the metal is not in contact with a dissimilar metal. Quite a mouthful – long story short = shortened life.

The third failure method we see relates to the initial install. During transport or handling during install, If the pipe was ever kinked by bending into a tight radius or crushed by weight the aluminum layer will tear or perforate and eventually penetrate the inner or outer layer of PEX – or both. The aluminum layer is slightly overlapped to form the circumference, we have also seen this overlapped area separate. We have seen such perforations, tears and overlap separations leak behind walls, in ceilings and in concrete hydronic heated floors and heated driveways and sidewalk slabs ruining foundations and caissons. 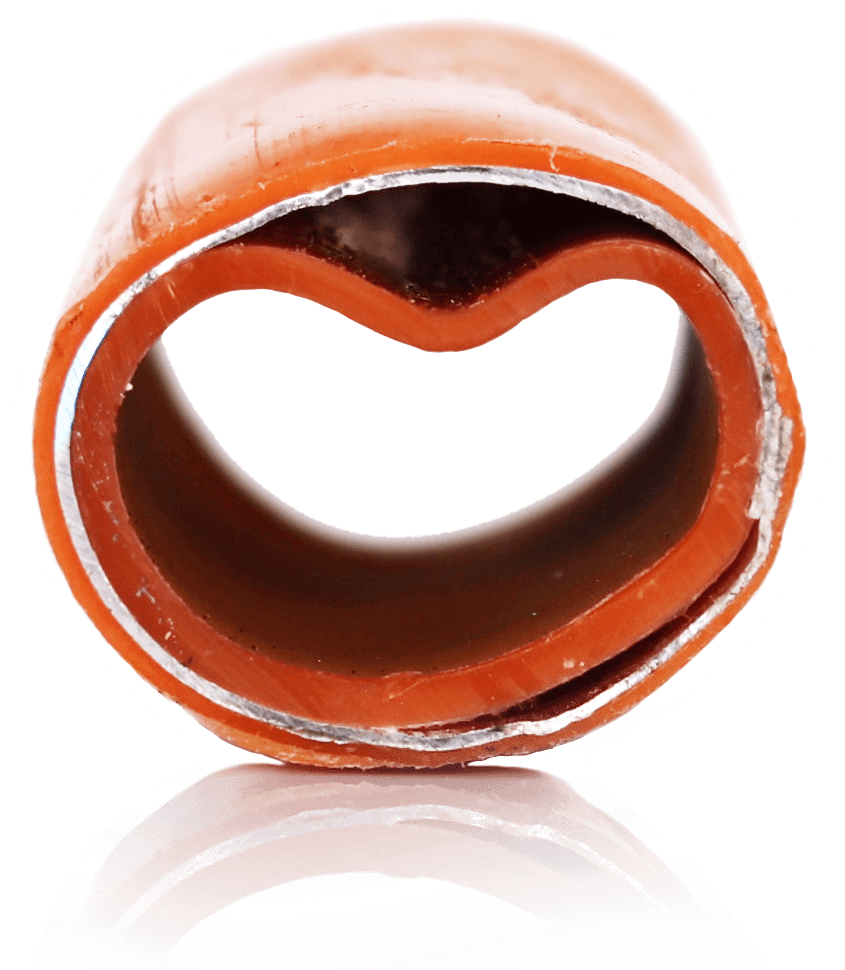 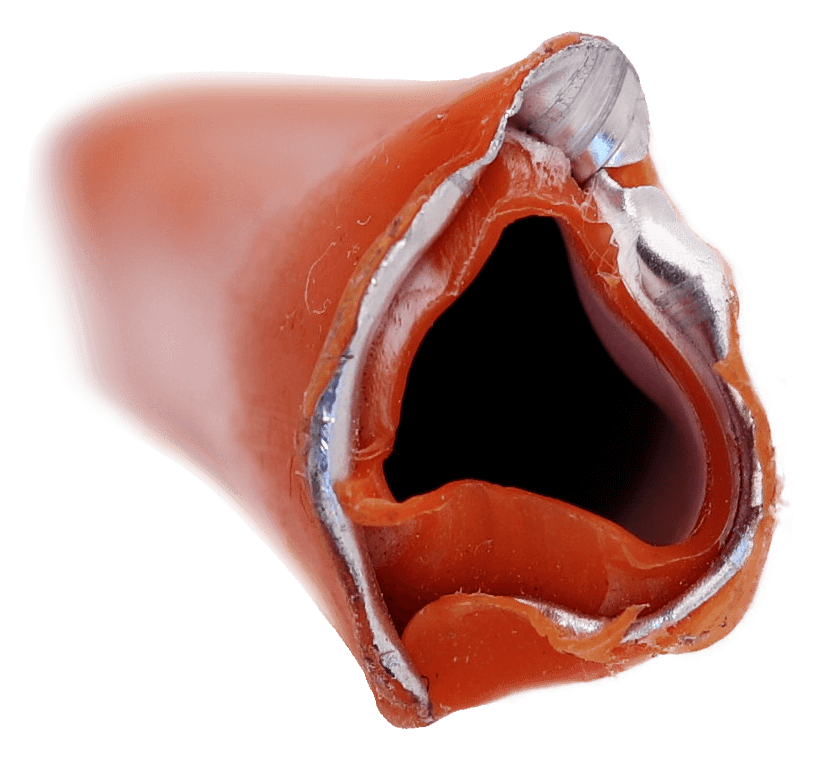 WHY CHOOSE REPLUMB SPECIALTIES TO REPLACE YOUR HEAT SYSTEM?

RSI has completed over 2000+ heat line replumbs. We take pride in the fact that we can complete these intense jobs quickly, affordably, and leave very little indication we performed major surgery on the dwelling, regardless of the type of finish work involved.

We believe that only a few heat line pipe products are worth installing. RSI uses Wirsbo products, which offer a 30-year manufacturer warranty. The durability of copper has been proven although temperature expansion and contraction can be an issue.

It is important to remember that your boiler area needs to be regularly serviced by a local heating technician.

Our containment process includes masking and protecting all work areas. Furniture, appliances, and all client belongings are protected during our process. All penetrations in drywall and tile are professionally repaired and painted to match.

We are licensed and insured, and pride ourselves on being punctual and professional. Our crews have been working together for 30+ years. Realtors and home inspectors regularly refer us, and account for about 70% of our business.